I always build a wall around my emotions. I am proud of this, and that’s why it was such a great slap in the face when I doubted the strength of this edifice. I felt scared. I felt lost and was so afraid of the truth unraveling in front of me. The memory of a cold dark night as the tears dampened my pillow is still vivid on my mind. Trembling hands and random thoughts – this was what happened during the darkness as everyone slumbered.

I didn’t know what to do so I pictured out several scenarios. The first one required strength which at the moment was slipping off of me. The other one was easy, but it was slow death. I pictured out the details of every situation. If I had the strength to tell the truth, two things could happen. Things might still go on as they used to for the truth may no longer matter (since maybe, just maybe, time has already killed the bitterness and pain) or I might prepare myself for new circumstances.

Choosing slow death is better, i guess. First, because you don’t die immediately; You just prolong agony. In fact, one might be lucky enough to get used to the pain that it wouldn’t matter anymore. Also, slow death can kill the feelings in time. This for me is a fitting end to the tragic story that cupid has caused. It started out sweet and slow, thus it too shall die a slow bitter death.

I chose the latter. I need not say why.

I thank God I am no longer plagued by the pain. I thank God I am rational. I thank God I let time do its work and now I’m mended. Yes, the scar is still there but it now remains as a memory. At first, remembering those things gave melancholic feelings. I once said to a friend that it was as though I lost something I could never recover. Somehow, there’s truth to it but hey that’s life. You win some, you lose some.

I won too, just so you know. Winning came in the form of wisdom and experience. It’s cliche, I know, but it’s true. How else will one know how it really feels unless it did happen?The painful part was losing a connection that no amount could ever equal. I didn’t think it would come to that. In truth, I didn’t think at all. My spontaneity and emotions won over rationality.

I was mad at a lot of things. Mad at myself for being weak. Mad at you for being able to dominate. Mad at the way it went – happy, fun, smooth, bumpy then stuck in the mud. I blamed it not to myself at first and then my accusing hand went back to me.

And then reality struck me. I had to sort out a lot of things. Distance had done me good. Time had healed me well. Friends kept me company. And the sad songs slowly changed from making me feel as if they all referred to me to becoming just random words.

Now, millions of seconds after the fall, I can already strike a funny note. I can already tickle stomachs with jokes. The clown is back in town! I thought I’d be tied to the heartache, but now that it’s gone all I can say is “C’est la vie!” and laugh.

I believe it is but normal that I remember fragments of the memory. As I went to a familiar place, as I see a familiar face, as I hear a familiar note. The good thing is that it would now make me smile. It was good while it lasted. For the record, I’m thankful all of it happened. It made me smile, but I’ll never fall for you again. I’ve no hate left for you. But I’ve no love left too.

If the proper time comes, maybe I’d tell. Or maybe not. I guess I’ll just wait for serendipity. I hope you reached this part. I bid you au revoir. 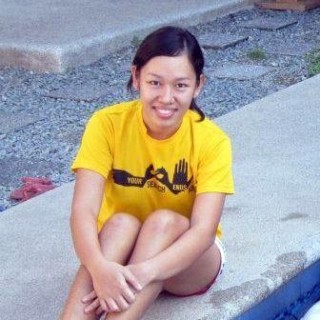